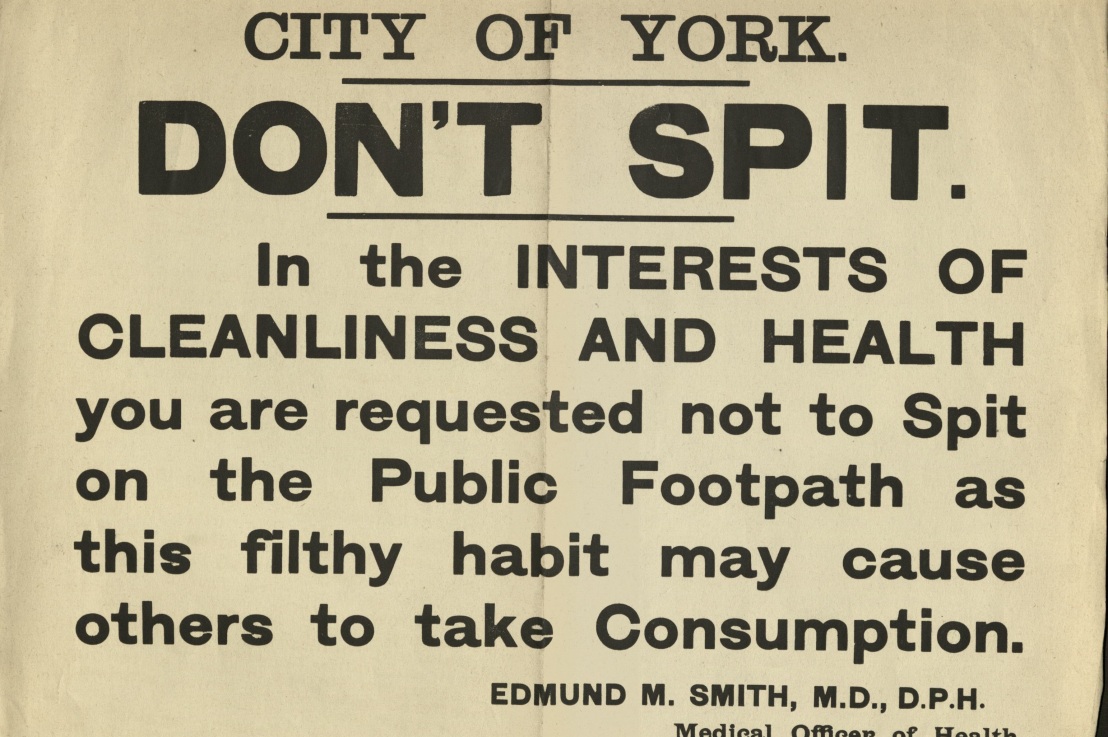 The cataloguing strand of the Past Caring project has now reached an important juncture. In April I completed work on the records of York’s Poor Law Union and Workhouse. With the help of our magnificent project volunteers, we have created over 2700 entries, which will be available on our online catalogue next year. The Poor Law archives have now been handed over to Tiffany, our Project Conservator, for specialist conservation treatments and repackaging (as you will know already if you have been a regular reader of our blog!).

As Project Archivist my next task is to tackle another important set of records that make up the Past Caring collections, namely, the archives of York’s Medical Officer of Health and Department of Health. The first step in dealing with any uncatalogued collection is to carry out research – who created the records, what did they do, and how did they do it. As a cataloguing archivist you need to know the answers to all these questions and to be able convey that information through your catalogue.  This enables our archive users to gain an understanding of the collection quickly, without necessarily having to ask for guidance from a specialist (although we are always there if anyone needs us!).   So for the last few weeks I have been getting up to speed with the history of the various officers and departments that dealt with public health in York over the nineteenth and twentieth centuries. And while they may not be glamorous, the public health records are proving to be both fascinating and eye-opening.

Who dealt with public health in York?

In 1873 York appointed its first Medical Officer of Health and Chief Sanitary Inspector. Essentially, these two officers were responsible for improving the health and hygiene of the city and its inhabitants. Their work was carried out first via York’s Urban Sanitary Authority, then in 1900 the Health Committee was formed, which continued as the main body charged with looking after York’s health until 1974.

The project team have also made the decision to catalogue the records of two bodies that preceded the Medical Officer of Health, the Improvement Commissioners (1825-1850) and the Local Board of Health (1850-1872).  These two bodies were not part of York Corporation proper, but their activities laid the foundation for great improvements that took place in the city in the later nineteenth-century. By including their records we will have a more complete picture of how York developed the infrastructure that transformed it from a small Georgian town into a modern city.

What did they do?

The various bodies dealing with Public Health in York had changing duties over time, and I will be blogging about this in detail as I go through the collections. In the meantime the list below will give you some idea of their responsibilities:

How did they do it

Inspection, reporting, legislation and planning are the main ways that public health officials brought about change in York, and luckily for us this resulted in lots of interesting records, such as:

As you can see, York used to be a pretty filthy place. Cataloguing these records is going to be an interesting journey, but be prepared for a very unsanitary history of York!

Remember you can get more frequent project updates via Twitter @pastcaringyork

Unless otherwise stated all images are the copyright of either the City of York Council or Explore York Libraries and Archives Mutual Ltd. Any finding numbers given for documents are provisional and are not intended for citation.
Loading Comments...
%d bloggers like this: